With what force do all bodies attract each other?

A11 bodies attract each other with a force proportionate to their size, density and distance from each other [See No. 59.]

** The earth is one quatrillion, that is, one thousand million millions times larger than the largest body which has ever been known to fall through our atmosphere. Supposing, then, that such a body should fall through a distance of one thousand feet, the earth would rise no more than the hundred billionth part of an inch, a distance altogether imperceptible to our senses.

The principle of mutual attraction is not confined to the earth. It extends to the sun, the planets, comets and stars. The earth attracts each of them, and each of them attracts the earth, and these mutual attractions are so nicely balanced by the power of God. as to cause the regular motions of all the heavenly bodies, the diversity of the seasons, the succession of day and night, summer and winter, and all the grand operations which are described in astronomy.

* When we say that a body weighs an ounce, a pound, or a hundred pounds, we express, by these terms, the degree of attraction by which it is drawn towards the earth.

What bodies have the greatest weight?

** The weight of a body is not dependent solely on its size or bulk; its density must also be considered. If we take an equal quantity, by measure, of two substances,- lead and cork, for instance,- we shall find that, although both are of the same size, the lead will weigh much more than the cork. The cork is more porous than the lead, and, consequently, the particles of which it is composed must be further apart, and therefore there must be fewer of them within a given bulk; while, in the lead, the pores are much smaller, and the particles will, therefore, be crowded into a much smaller space

What is the law of attraction?

To ascertain the attractive force of the earth on each of these balls, we reason thus:

The first ball (at the centre) will be surrounded on all sides by an equal quantity of matter, and it will remain at rest.

The law of terrestrial gravity, then, may be stated as follows:

What is the law of Terrestrial Gravity?

If the principles that have now been stated have been understood, the solution of the following questions will not be difficult.

[N. B. We use the term weight in these questions in its philosophical sense, as ” the measure of the earth’s attraction at the surface.”]

(1.) Suppose that a body weighing 800 pounds could be sunk 500 miles deep into the earth, what would it weigh?

Solution. 500 miles is 1/8 of 4000 miles; and, as the distance from the centre is decreased by 1/8, its weight would also be decreased in the same proportion, and the body would weigh 700 pounds.

(3.) If a load of coal weighs six tons at the surface of the earth, what would it weigh in the mine from which it was taken, supposing the mine were at a perpendicular distance of half a mile from the surface? Ans. 5.99925T.

(6.) If a body on the surface of the earth weigh 4 tons, what would be its weight if it were elevated a thousand miles above the surface?

(8.) How far above the surface of the earth must a pound weight be carried to make it weigh one ounce avoirdupois? Ans. 12000 mi.

(10.) Suppose two balls ten thousand miles apart were to approach each other under the influence of mutual attraction, the weight of one being represented by 15, that of the other by 30. How far would each move? Ans. 66662 mi. and 3333 mi.

What is the Centre of Gravity of a body?

What is a Vertical Line?

No two vertical lines can be parallel.

* Carpenters, masons and other artisans, make use of a weight of lead suspended at rest by a string, for the purpose of ascertaining whether their work stands in a vertical position. To this implement they give the name of plumb-line, from the Latin word plumbum, lead.

To what is the resistance of the air to a falling body proportioned?

* We have no means of ascertaining the exact height to which the air extends. Sir John Herschel says: “Laying out of consideration all nice questions as to the probable existence of a definite limit to the atmosphere, beyond which there is, absolutely and rigorously speaking, no air, it is clear that, for all practical purposes, we may speak of those regions which are more distant above the earth’s surface than the hundredth part of its diameter as void of air, and, of course, of clouds (which are nothing but visible vapors, diffused and floating in the air, sustained by it, and rendering it turbid, as mud does water). It seems probable, from many indications, that the greatest height at which visible clouds ever exist does not exceed ten miles, at which height the density of the air is about an eighth part of what it is at the level of the sea.” Although the exact height to which the atmosphere extends has never been ascertained, it ceases to reflect the sun’s rays at a greater height than forty-five miles. 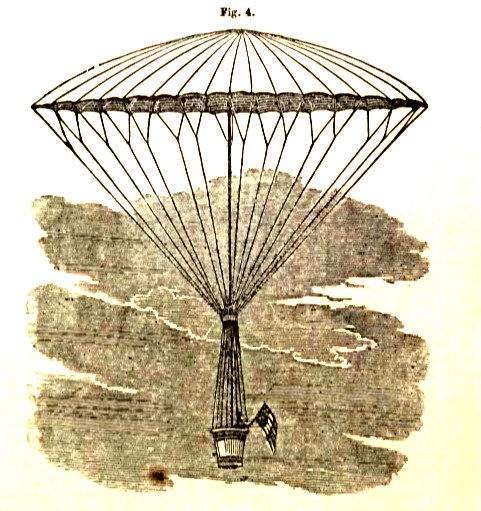 What effect has Gravity upon the air?

The air being more strongly attracted than steam or smoke, on account of its superior density, falls into the space occupied by the steam, and forces it upwards. The same reasoning applies in the case of oil; it is forced upwards by the heavier fluid, and both phenomena are thus seen to be the necessary consequences of gravity.

The rising of a cork or other similar light substances from the bottom of a vessel of water is explained in the same way. This circumstance leads to the consideration of what is called specific gravity.

What is meant by Specific Gravity?

* The quantity of matter in a body is estimated, not by its apparent size, but by its weight. Some bodies, as cork, feathers, &c., are termed light; others, as lead, gold, mercury, &c., are called heavy. The reason of this is, that the particles which compose the former are not closely packed together, and therefore they occupy considerable space; while in the latter they are joined more closely together, and occupy but little room. A pound of cork and a pound of lead, therefore, will differ very much in apparent size, while they are both equally attracted by the earth, that is, they weigh the same.

greatly increased, and they are filled with an elastic fluid of a different nature, specifically lighter than air, so that, on the whole, the balloon when thus filled is much lighter than a portion of air of the same dimensions, and it will rise.